In late October Yandex, the Russian search giant, launched taxi booking service Yandex.Taxi in Ukraine. The service – which operates exclusively in partnership with taxi companies – is available exclusively in Kyiv (Kiev), but Yandex plans to expand it beyond the Ukrainian capital.

“Our next targets are Odessa, Kharkov (Kharkiv) and Dnipro [previously known as Dnepropetrovsk or Dnipropetrovsk],” said Elina Staviskaya, Head of PR projects at Yandex.Taxi, in an exchange with East-West Digital News.

As reported by Ukrainian tech blog AIN.UA, the minimum price of a ride is 15 hryvnias (roughly 50 cents at the current exchange rate) for the first two kilometers, with additional 20 cents paid for each kilometer. So far, payment can be made exclusively in cash. However, Yandex plans to support payments by bank cards too in the near future.

Presently, Yandex.Taxi’s car fleet consists of up to 400 vehicles in Ukraine. The service is run autonomously by a local team.

Earlier this year such taxi services as Uber and Estonian Taxify launched in Ukraine. Another competitor is Uklon, a Ukrainian company. 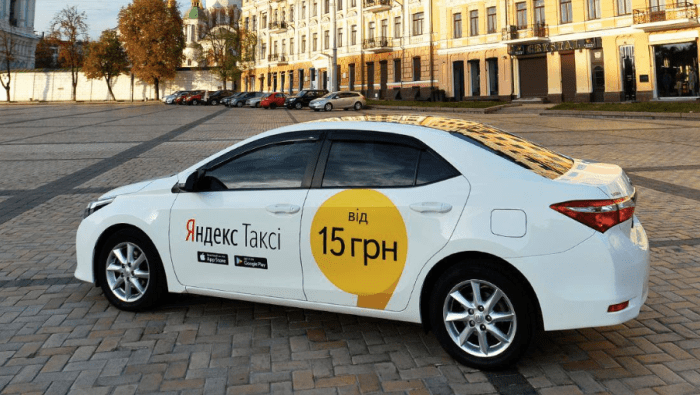 Yandex.Taxi currently operates in four countries in addition to Russia and Ukraine: Armenia, Belarus, Georgia and Kazakhstan.  The service partners with about 1,000 taxi companies, which include 70,000 taxis to offer rides to users.

Asked about the importance of Ukraine in Yandex’s strategy, Staviskaya said : “All the markets where we operate do matter to us. The Ukrainian market is very important for Yandex: it was the second country [after Russia] where the Yandex search engine was made available, as early as 2006.”

The political tensions that arose between Ukraine and Russia since 2014 have not seemingly affected Yandex’s business in the country: “Since then we have continued to provide our Ukrainian audience with high quality, user-centric products and services, and to abide by local laws – as we do anywhere else,” said Staviskaya.

“As an international company, we have no political ties,” she emphasized.

“Our users in Ukraine since to understand this, since we haven’t observed any impact of geopolitical developments on the use of our services in Ukraine.”

Yandex.Gas, an application which allows drivers to find nearby gas stations and pay for gasoline directly from the app, is available only in Ukraine, said Staviskaya.