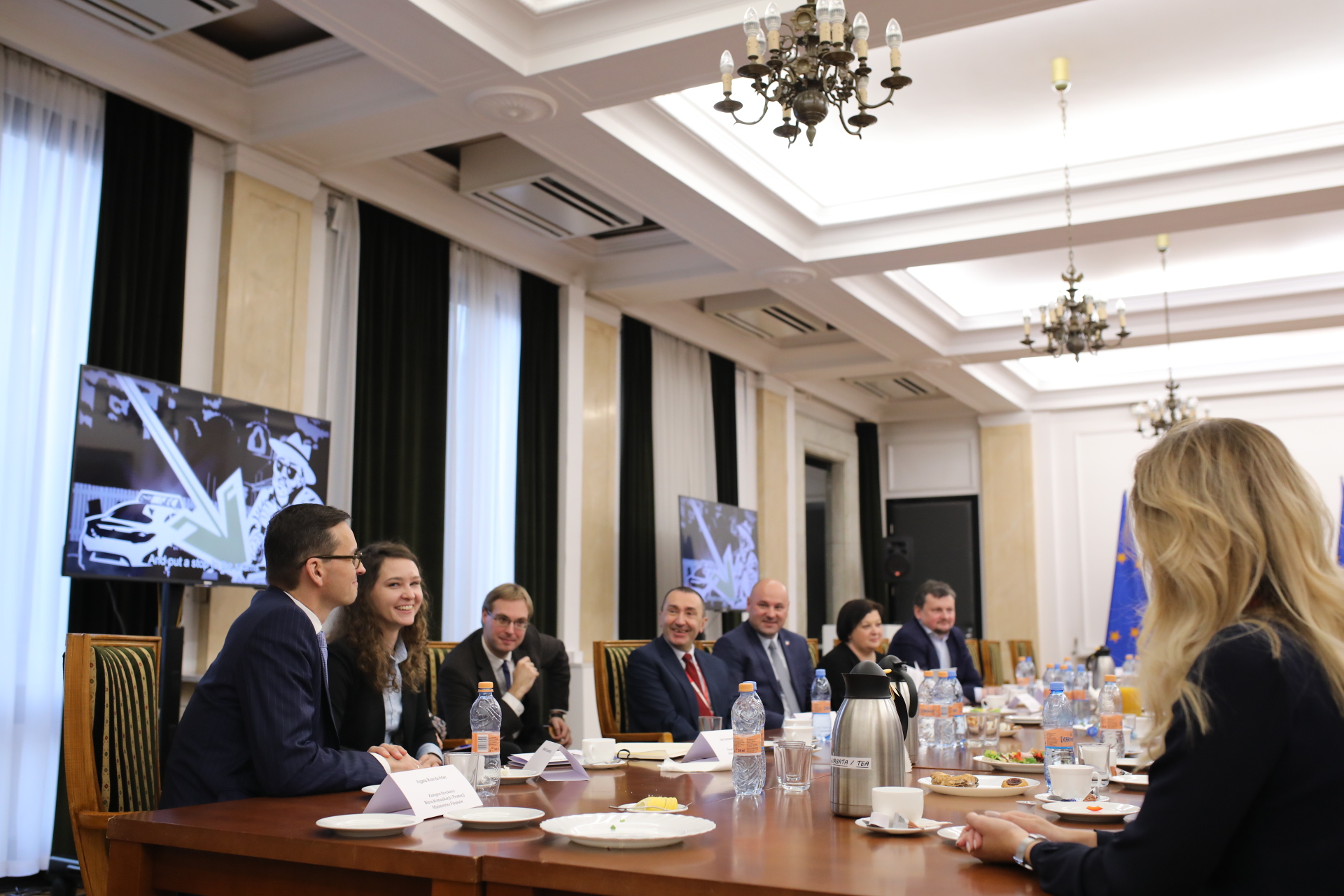 Last week, Polish Deputy Prime Minister and Minister of Economic Development and Finance Mateusz Morawiecki officially opened the second phase of the MinFinTech competition. This programming contest aims to select the brightest young programmers to join a team of analysts in their combat against tax fraud and tax evasion.

“Sealing up the tax system is not just about the legislation and control. Most of all, it has to do with big data analytics that is much more advanced than in any commercial company,” said Deputy Prime Minister Mateusz Morawiecki.

The competition is co-organized by multiple Polish public institutions: Ministry of Finance, National Revenue Administration and Aplikacje Krytyczne (Critical Applications) – a public company that supports the public administration in the fight against tax evasion.

The first phase of the competition took place in October, during the HackYeah hackathon in Kraków. This time, the participants were invited to the offices of the Ministry of Finance in Warsaw. They had the opportunity to discuss with other “VATmen” – people who combat VAT fraud on an everyday basis. Some of the experts who shared their insights were Maciej Kędzierski, the director of the Department of Financial Information, and Norbert Sewruk from the Internal Control Bureau.

The programmers could also discuss the topic with the board members of Aplikacje Krytyczne. Piotr Towarek, the President of the Management Board at the company, stressed that “reaction speed and technological agility is of utmost importance in the fight against tax fraudsters.”

All participants of the contest have a month to create software identifying international VAT fraudsters. The software should be able to pinpoint international business networks, used for fictitious trading and tax evasion by means of VAT “carousels.”

The prizes are surely worth fighting for – apart from cash prizes (150,000 PLN in total), the best programmers will be invited to join Aplikacje Krytyczne and further develop their software. The Ministry of Finance will announce the results of the competition on 20th December 2017.