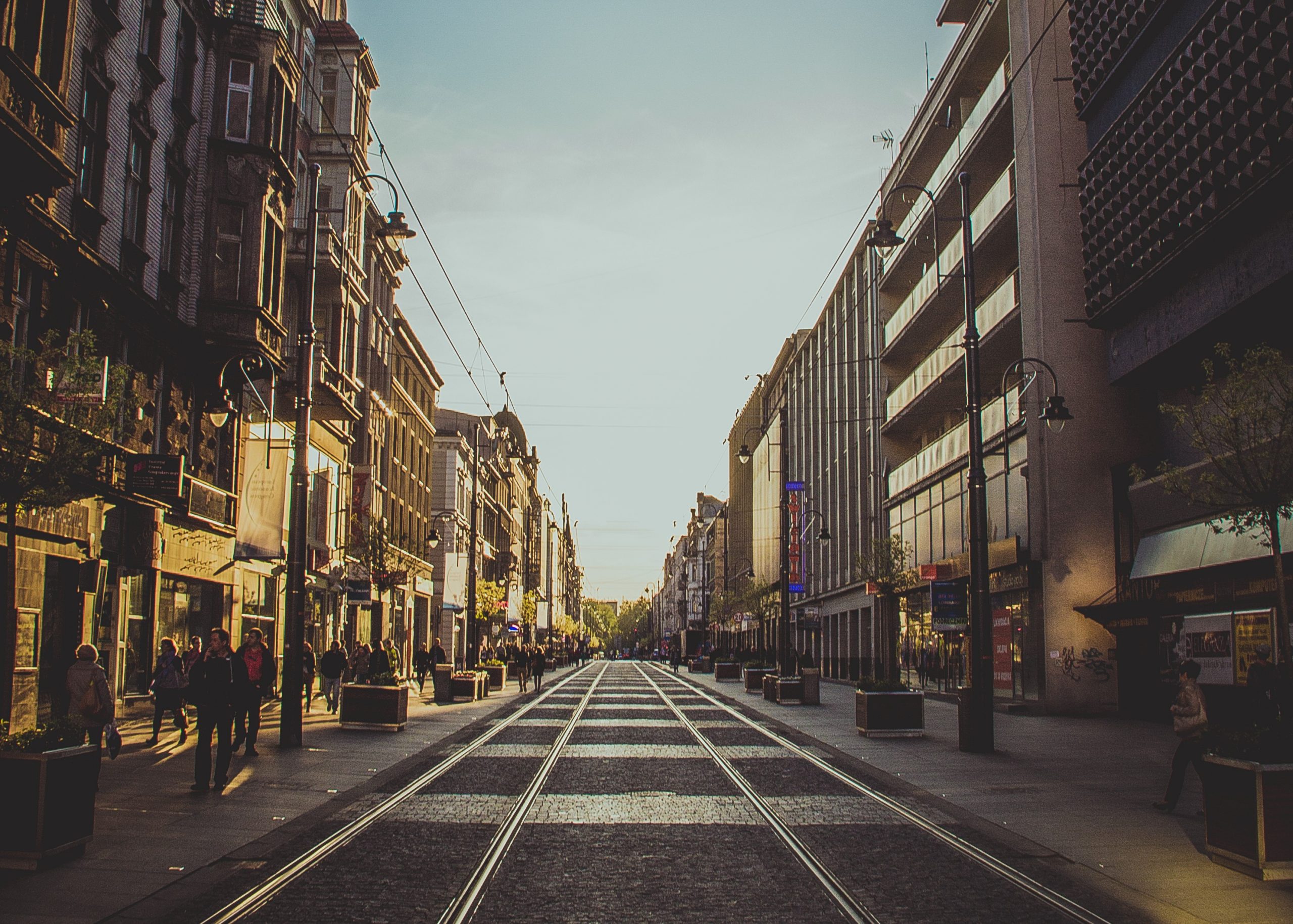 If your business ventures cause you to travel a lot, you’ll surely agree that it’s not just about the conference rooms, speeches, and Power Point presentations. Business travel also allows you to see new places, and hopefully the sightseeing doesn’t stop at the local skyscrapers. With Impact fintech’17 coming up on December 6th – 7th , now is the perfect time to discover Katowice’s eclectic architecture and numerous attractions.

The weather can be tough in Poland this time of year. A a visit to the Silesian Museum will not only save you from the cold, but will also teach you about the area’s history. From the outside, you can notice the prominent mine shaft hoist tower of the former Katowice Coal Mine, which shows just how well Katowice embraces its history in its transformation into a modern metropolis. The main museum is spread out over four underground levels and has 6,000 m² of exhibition space (both permanent and temporary) – all of which has been adapted from the former tunnels, shafts and workshops of the mine. The themes revolve around Silesia’s legacy, its dynamic history and industry, while also stressing its artistic and intellectual achievements.

In case you’re ready to face the cold and feel like talking a walk instead, Katowice has prepared a Modernism Trail you can follow. Located in the southern part of the city centre, the path includes 16 of the most special modernist buildings along the way, such as the Silesian Seym, the steel giant “Skyscraper”, and the garrison church of St. Casimir. You won’t necessarily need a guide either, as there are kiosks with digital presentations in a variety of languages placed near each stop.

If you’re partial to symbols of local history, head to the Jerzy Ziętek roundabout and check out the Silesian Insurgents Monument. You really can’t miss it – the monument holds the claim of being the biggest and heaviest in the entire country. Dedicated to Wojciech Korfanty, Józef Piłsudski, and Jerzy Ziętek, the monument is constructed out of three wings which are meant to symbolize the three Silesian uprising battles of 1919, 1920, and 1921. If you look closely, the part of the monument which can be seen from the roundabout includes the names of the cities where the uprisings have taken place.

Once you reach the Rynek and notice what looks like a large unidentified object at the end of Korfanty Avenue, don’t be alarmed – you’re probably looking at Spodek. Aptly nicknamed  “the flying saucer” is the second largest multipurpose venue in Poland. Spodek has housed numerous concerts and sporting events since its opening in 1971 and serves as one of Katowice’s contemporary symbols.

Lastly, do not hesitate to stray from the city centre and head south to Nikiszowiec – a former worker’s district placed in the backyard of the Wieczorek coal mine. The area will transport you to the early 20th century with its truly unique architecture and unforgettable atmosphere.  Nikiszowiec was lucky to survive the turbulent 20th century without any larger damage, and nowadays we can admire its original development in an almost unchanged state.  Since 2001, Nikiszowiec has been home to the biggest private art gallery in Poland called Wilson Shaft which aims to showcase works of modern independent artists.

These are just a few of the attractions which can be found in the constantly changing city of Katowice. Here’s to hoping you can find some time in your busy Impact fintech’17 agenda to check them out!