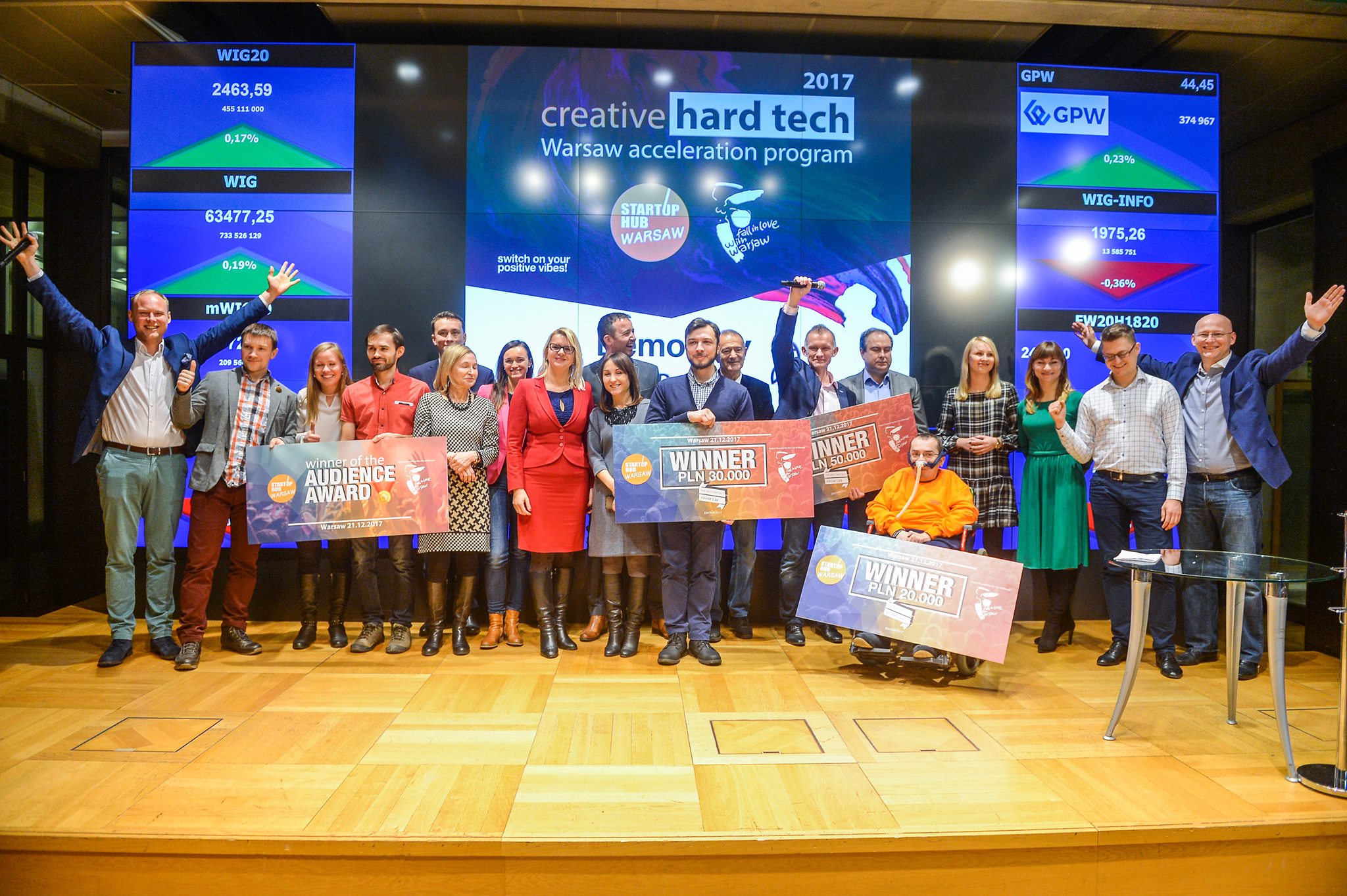 StartupHub has chosen the laureates for its Warsaw’17 acceleration program

In case you’ve fallen a little behind on the local startup news in the chaos of holiday time, you may have missed the results of Startup Hub’s latest acceleration program.  330 startup teams from around the world have taken part in the so-called Demo Day on December 21st to win the attention of investors, as well as 100 thousand Zloty in cash prizes.

The second edition of the competition focused on startups from the IT/ITC industry, stressing the areas of video games, mobile apps, online services and shopping, as well as modern fashion and design. StartupHub foundation, with cooperation with the City of Warsaw, aimed their competition towards inventors and digital technology leaders who want to use the city to accelerate their projects, establish partnerships and then break through international markets.

The jury has chosen to reward three startups in the competition. The first place laureate, ecVision, creates monitoring systems based on neuron networks which enable quicker and more thorough data analysis. The company’s owners stress that their methods are able to solve the main issues of standard monitoring systems, such as high infrastructure costs, image transmission, and low accuracy in image recognition. EcVision got 50 thousand Zloty as their first place prize.

The second place and a prize of 30 thousand Zloty went to Reactiveink. The startup develops inks which react to environmental factors such as temperature or humidity. The inventors hope that their ink will find an use in marking products. Due to the correct color of the sticker mark, the consumer will be able to tell whether the product they purchased has been stored in correct conditions, such as whether it has been refrozen.

The third place and a prize of 20 thousand Zloty went to ParrotOne, an app developer which specializes in simplifying the process of writing and sending electronic messages, such as texts. The app is dedicated to people with disabilities and the elderly, but may also be useful in the business environment.

Finally, the organizers have also prepared two special categories in the competition – the Audience Award, and the Orange Fab special award. The competition’s audience has chosen to award an Estonian startup called NeoSound. The company specializes in analysing audio recordings from call centers in order to simplify the process of management and sales. The Orange Fab award, which gives the winner access to the accelerative program and a chance to work with Orange, went to Querona. The startup provides specialized logical data warehousing, data virtualization and analytics for companies in order to increase organization and efficiency.

Congratulations to all of the winners, and here’s to hoping that their success at the Demo Day continues in the new year!