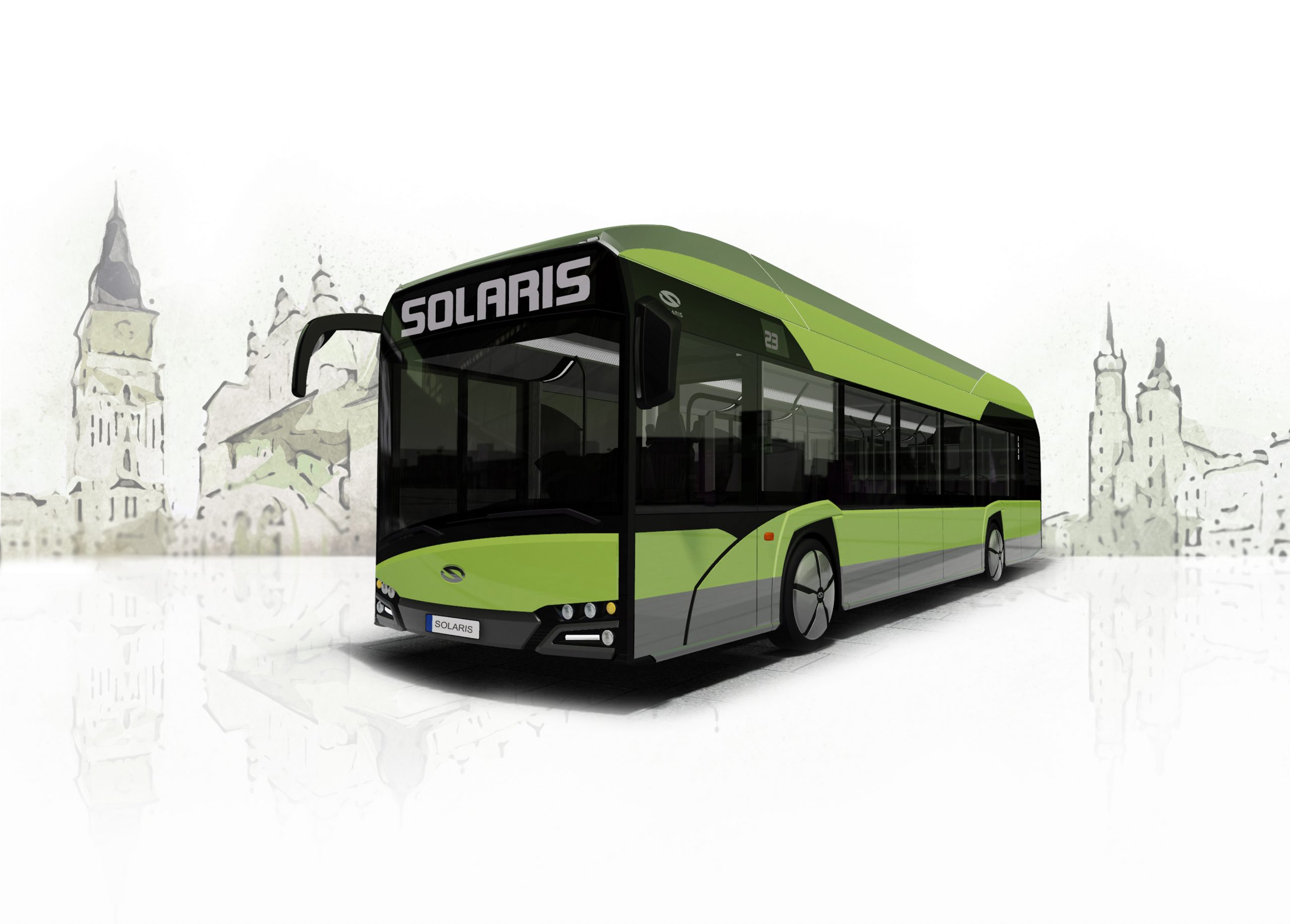 Solaris Braces Up For Hydrogen-Powered Buses In 2019

The age of hydrogen-powered vehicles is upon us, and its newest generation may soon be introduced into the world of public transport. Leading Polish bus and tram manufacturer Solaris has just announced that they will release their first hydrogen bus as soon as next year.

According to the company’s press release, their newest vehicle has been in the works for quite some time now and will function as an improved, greener extension to their existing Urbino bus model. In an effort to finally add a zero emission vehicle to their portfolio, Solaris further developed a concept which had first been unveiled in 2014, and had employed the use of hydrogen fuel cells as range extenders. This time around, a hydrogen drive will take centre stage.

The revolution in terms of green public transport has become a fact—Solaris has decided to respond to market demand with a whole new product. Hydrogen buses have the potential to be very popular on the market: they are cheap in use, lighter than electric buses, (…) and they are completely emission-free—the only substance emitted while the bus is driving is steam – explains Dariusz Michalak, vice-CEO of Solaris Bus & Coach.

As for the tech specs, Solaris Urbino 12 Hydrogen buses will store their primary power in tanks on their roofs, in the form of two 60kW hydrogen powered fuel cells.The vehicles will also be supported by a 29.2 kWh traction battery, although, just like with conventional electric buses, they will also need to be periodically plugged into charging outlets. Even so, these rechargement trips won’t be needed too often, as the hydrogen-powered buses will be able to cover record-long distances on a single refueling – over 350 km. Talk about efficiency!

Solaris has also decided to introduce an additional energy-saving component into their newest product: the Urbino hydrogen buses will also feature a CO₂ heat pump powered climate comfort system. The innovative technology, which will enable the buses to use waste heat from their fuel cells, is not only efficient in terms of ecology, but can also improve the model’s driving range. Solaris estimates that the twelve-metre buses will be able to carry up to 80 passengers at once.

We hope you’re as excited as we are about the the incoming green era of public transport! Best of luck to Solaris with their newest release.