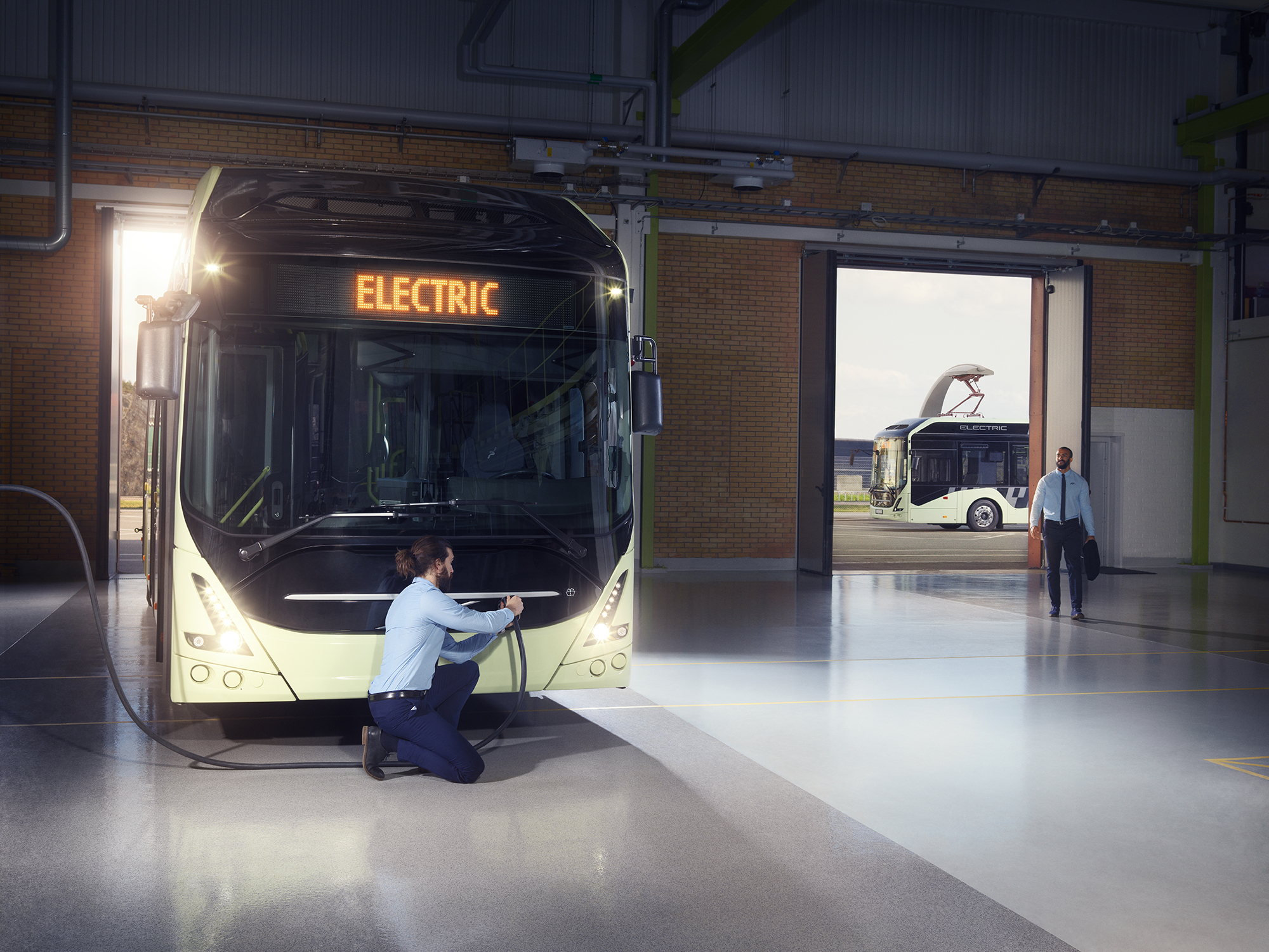 Volvo Sets Their Sights On Poland To Build More E-Buses

In the middle of the rEVolution, it’s easy to get caught up in the hype and focus on new exciting gadgets, losing sight of the bigger picture. And the bigger picture is the key to the success of this huge change in our mindset.

One of the most important things to recognise is that the role of the manufacturer of vehicles, especially in case of city transportation, is changing. You’re no longer selling a product, be it a bus, a train or a bike — you’re selling a whole system, complete with infrastructure, such as stops or charging and docking stations. Then, there are big challenges to tackle, such as global warming, congestion, traffic safety, energy scarcity or air quality. A united front of science, industry, governments, and society must be formed to overcome them.

Volvo is well-aware of that – they took a step back and had a good long look at the state of e-mobility and their role in this transition – helping cities with transportation issues. That allowed them to define their goals and objectives for the future. They have outlined three cornerstones on which their e-mobility strategy will be built: recognising that the future of transportation will be a mix of alternative fuel vehicles (hybrids, hybrid plug-ins, and electrics), providing a complete system for their functioning and building a common charging interface.

Their focus will now be on public transport. There’s an observable upwards trend in electric buses purchases, both in Poland and Europe. In 2023, it’s estimated that 50% of city buses in Europe will use electric energy. In 2030 it might be even 70%. According to the Polish Association of Automotive Industry, in 2016 there were only 17 hybrid and 6 electric buses registered in Poland; in 2017 it was already 85 hybrids and 63 electric buses! 2018 is shaping up to be even more impressive — so far there are 88 hybrid buses and 14 electric buses more running on Polish streets.

That’s why Volvo Buses, one of the world’s leading manufacturers of electrified buses, plans to build a fully connected, automated and electric public transport, based on vision systems and machine learning. They will start with developing systems for bus stop docking and depot driving and once that they are operational and fully implemented they’ll proceed to BRT.

Poland is the perfect place to start. We have been an intrinsic part of Volvo Buses for over 40 years. The company also works with Polish entrepreneurs and suppliers. So far, Volvo Buses have produced sold around 4000 hybrids, electric hybrids and all-electric buses worldwide, especially in the Scandinavian countries, the UK, Germany, and Spain. Volvo’s biggest bus plant in Europe, located in Wrocław and employing over 4k people, produced 1200 buses just in 2017.

Poland is also where the innovation happens, as Volvo R&D unit operates in Wrocław. Polish scientists and engineers are playing a major part in the development of innovative solutions. For example, they are conducting tests of autonomous electric buses in Singapore in cooperation with Nanyang Technological University.

More and more cities are looking for alternative-fuel transport, tailored to their individual needs. Volvo stepped up to the challenge and partnered up with NCBiR to design and supply new environmentally-friendly buses, also including hydrogen solutions. At the end of this year, the first electric hybrids and electric buses will be delivered to Inowroclaw. Next on the list are Jelenia Góra, Białystok, Krakow, Krosno and Grudziądz.

If you want to learn more, Volvo is the partner of Impact mobility rEVolution’18, which will take place in Katowice on September 12-13th. There’s no time to lose — register here!