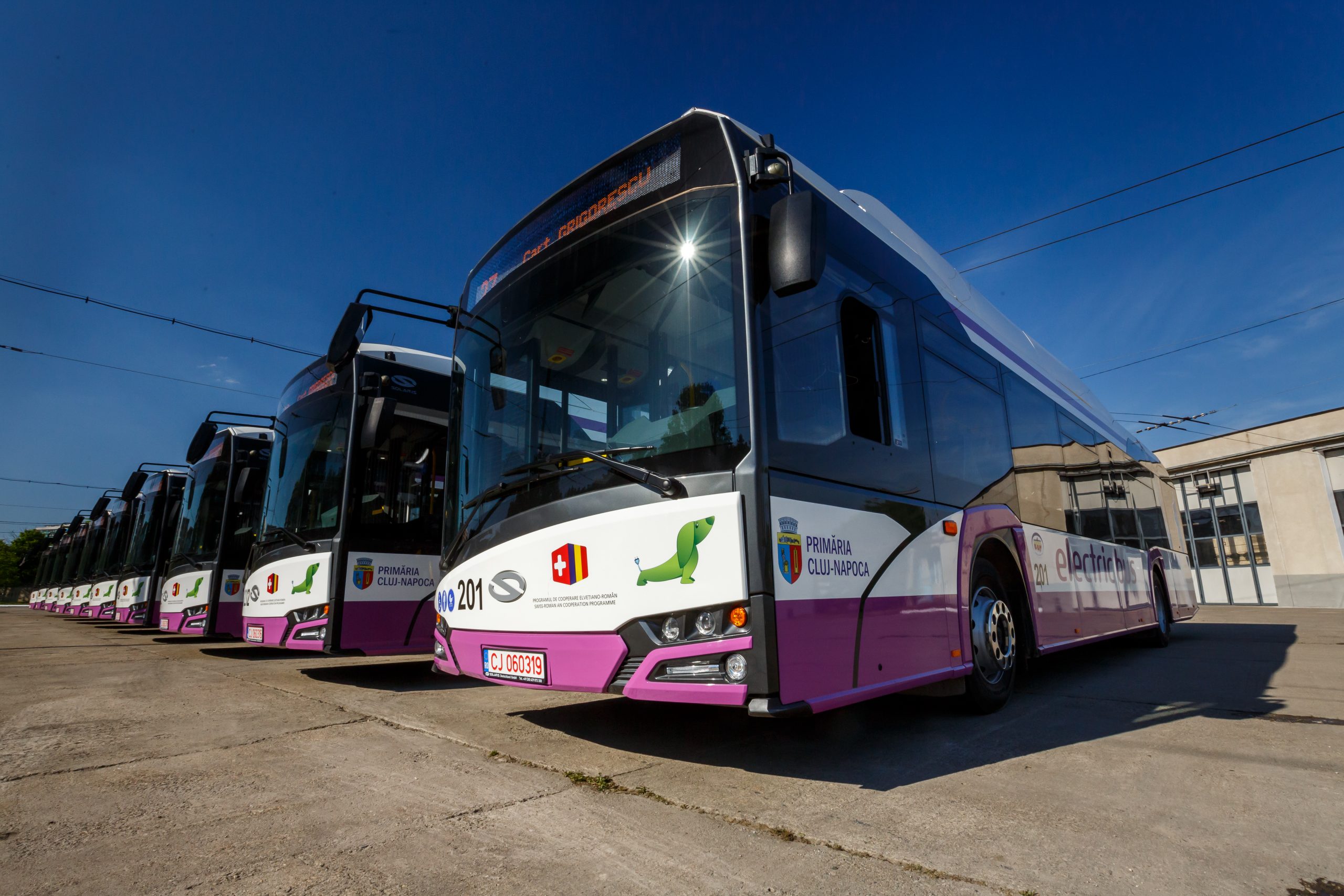 Solaris Bus & Coach is truly sticking to their mission of turning bus European networks electric. After their deliveries of Urbino buses to Poland, Norway, and Estonia earlier this summer, the Polish company has announced yet another agreement with the Romanian city of Cluj Napoca. This week, Solaris has signed an agreement with the city to expand their public transportation fleet by 18 eco-friendly buses. Once the delivery is finalized, the Romanian metropolis’ will own a total of 41 Solaris Urbino buses – a largest emission-free fleet of the kind in Europe.

The newest agreement between Cluj Napoca and Solaris comes as an update after the pair’s initial contract, which had planned for the delivery of 41 zero-emission vehicles over the period of three years. Following a warm welcome of the first batch of 11 buses earlier this year, the city’s authorities decided to speed up the process, and have requested an accelerated purchase of 12 additional buses. Solaris plans to deliver the vehicles by the end of 2018, and follow with the final batch of 18 soon after.

As for the Urbino vehicles ordered by Cluj Napoca, the 12-metre electric buses will feature a 160kW central engines complete with Solaris High Energy 200 kWh traction batteries. Delivered in the white and purple shades distinctive for the Romanian carrier, the vehicles can carry up to 78 passengers at once. Additional features included in the model include internal and external monitoring, free WiFi access, USB ports for passengers, and a modern air conditioning system.

These past few months have been incredibly busy for the bus and coach developer – the company is currently in the midst of testing the Urbino 12 electric bus in the Estonian city of Tartu. The model picked out for testing is considered a true crowning achievement for the company – Solaris Urbino 12 was the first electric bus in history to receive the title of “Bus of the Year 2017”. As for its specifications, the zero-emission vehicle utilizes an axle with integrated electric motors at a maximum power of 2×125 kW, and also includes features such as a touch panel in the driver’s cabin, additional thermal insulation for tougher weather conditions, and a passenger information system. Its tests in Estonia are set to last an entire year, and may result in a long-term agreement with the municipal authorities of Tartu.

Best of luck to Solaris with their further electromobility-related endeavors! For more information about their current electric bus catalogue, feel free to check out their website.